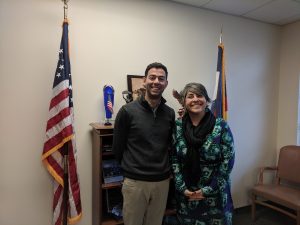 Here are some of the stats for December 2017: Top Ten Countries with visitors to our site and the Top Ten Articles on BORGEN Magazine. 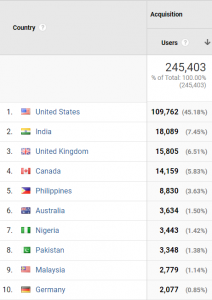 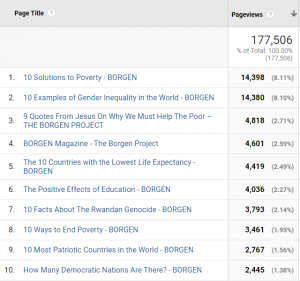 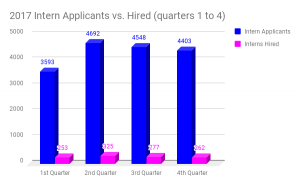 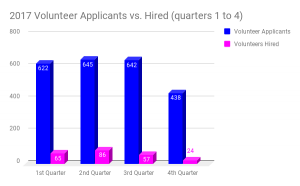 Congratulations to the following team members that have achieved Borgen Project Honors & Recognition.

Regional Director Nandini Tivakaran posted fliers around her school and gave a presentation about our organization. 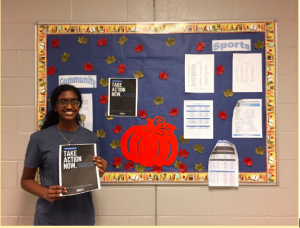 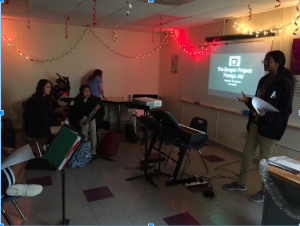 Letter to the Editor

Chloe Gerard, PR/Marketing team member, in The Pioneer Republican – Give to The Borgen Project. 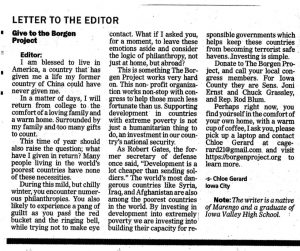 PR/Marketing team member Matthew Motton designed this flyer and added faux wheat grass at the bottom of each sign for a 3-D effect. 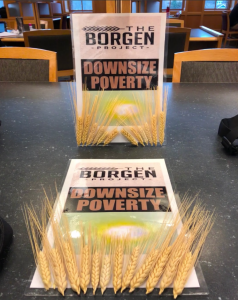 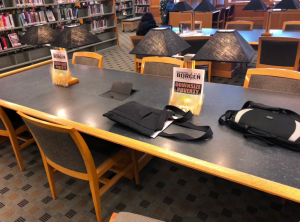 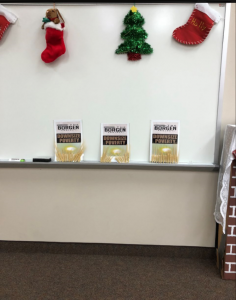