Every year, The Borgen Project selects one member from each team who went above and beyond in their work with the organization. This year, we asked eight team members, “What motivated you to go the extra mile?” 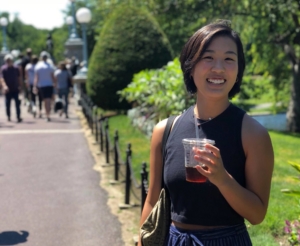 A strong force in the fight to end global poverty, Julian began her time with The Borgen Project as a writer, fundraising over $1,000 for the cause. Following the completion of her internship, Julian was offered the role of Regional Director on the Political Team and held 3 successful lobbying meetings with her Members of Congress. Now, Julian is on her third volunteer contract with The Borgen Project! “I go the extra mile because I know whatever work I put in is minute compared to the hardships of those living in poverty. I contribute however I can to help solve the problem of global poverty.” 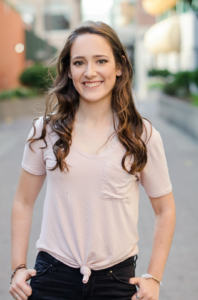 Emma surpassed the internship requirements and secured 5 lobbying meetings. Following Emma’s meeting with Rep. Debbie Dingell (D-MI-12th), the Congresswoman cosponsored the Keeping Girls in School Act, proving the power of advocacy. Emma also completed 2 bird dogs, called into CSPAN and fundraised over $2,000. “My main motivation was being able to create sustainable, positive change across the globe simply by using my voice and speaking on behalf of those who cannot […] The Borgen Project helped me to enact real change with tangible results, such as gaining cosponsors for bills, which motivated me even further to fight for the world’s poor.” 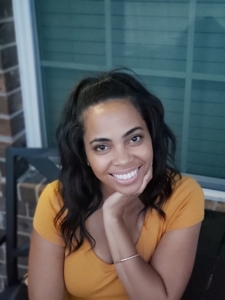 Jasmine was an invaluable resource for the HR Team and maintained the organization’s Indeed postings. Following the internship, Jasmine volunteered at a small village in Tanzania where she donated Borgen Project t-shirts.

She was motivated to go the extra mile because, “I wanted to make an impact on the world. The Borgen Project gave me an opportunity to do that, and I didn’t want to waste that opportunity.” 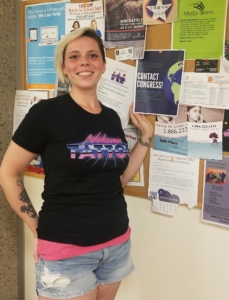 Ashley made extraordinary leaps to fight global poverty by partnering with local NGOs for fundraising, using social media as a tool to inform and assisting with media content creation. Through the course of the internship, Ashley created over 50 infographics for The Borgen Project. What motivated Ashley? “Knowing that what I did would have at least some impact on the lives of others, even if it’s something I’m not able to see firsthand or be directly impacted by […] With small steps, changes can be made.” 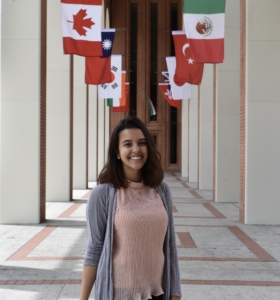 This brilliant writer mobilized over 50 people to fight global poverty and fundraised over $1,500 for the cause. Breana said her motivation in the internship was realizing the impact one can make on the world.

“Writing articles pertaining to poverty reduction efforts, reaching out to my friends and family about supporting U.S. aid legislation, as well as receiving positive responses from my congressional leaders through correspondence, has resulted in me feeling as though I can truly making a positive difference in the world.” 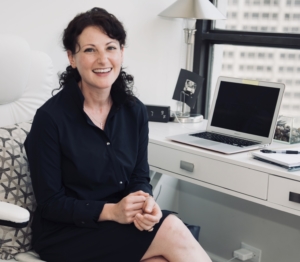 As a part of the Advocacy Team, Kristina made great strides with lobbying meetings and fundraising. During her 12 weeks with The Borgen Project, Kristina secured 3 meetings and fundraised over $900 to end global poverty. “What motivates me? In addition to the cause itself and that warm, fuzzy feeling when one is doing good, is feedback. “What really motivates me is feedback […] [It] lets me know I’m making some kind of impact.” 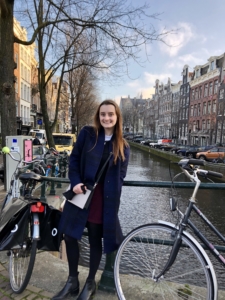 During her time with us, MacKenzie raised $754 and attended a group meeting with Senator Murray’s office. All this whilst ensuring that all team member’s fundraising letters were sent out, donations tracked as well as being the face of the organization, speaking with visitors to the office and answering questions about the organization. “The Borgen Project’s mission to advocate for the United States to address poverty worldwide is a worthy and valuable pursuit. This goal was very motivating because it allowed me to be involved and to advocate for something close to my heart. I have seen poverty first hand in South Africa and appreciated the chance to feel empowered to make real change through this internship. Each day, I reflected on how much time I had been able to put into fighting for the world’s poor, and that motivated me to work even harder the next day.” 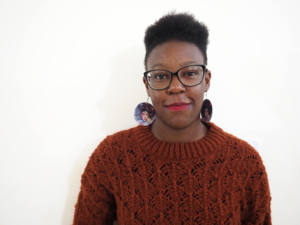 As an intern for the Content Team, based in Kenya, Sophia became the top fundraiser in the organization’s history, raising more than $5,000 (508,000 Kenyan shillings) for the cause! Sophia sought out creative means to fundraise, organizing both a dance party and a whiskey party for friends and family to attend: “I thought that the best way to get people to give would be by making it fun for them […] I always strive to go the extra mile in all I do. It is a lesson that was taught to me pretty early on in life, by my parents and at school. Everything I do, I try to give it my all.”

These are just a few of our wonderful team members who helped to fight global poverty in 2019. With your help, we will continue to advocate on behalf of the world’s poor in 2020 and beyond!

None of these achievements would be possible without your advocacy and dedication to the cause. Congratulations! 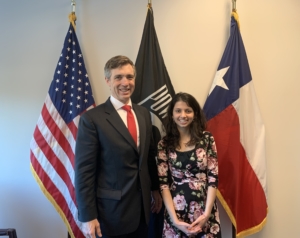 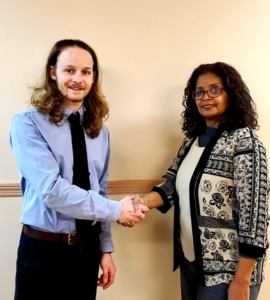 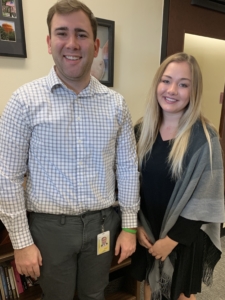 Thanks to all the hard work of our Content Team members, we smashed our goal of having 5 million visitors to borgenproject.org in 2019. A grand total of 6.9 million people visited the site. Well done everyone.

We received a shoutout tweet from Ziauddin Yousafzai, Malala Yousafzai’s father, in support of The Malala Yousafzai Scholarship Act. The legislation will ensure that the next generation of Pakistani women have the chance to receive an education and provide for their families, communities and country. 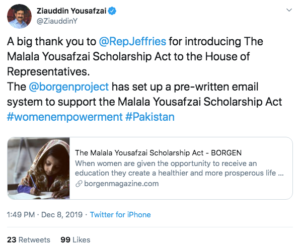 The Borgen Project on Buzzfeed

6 Myths About Poverty, Busted
PR Team member Alina Meletta addresses the most common preconceptions and myths about global poverty in a December feature on Buzzfeed Community 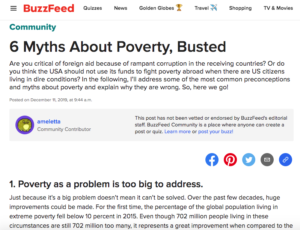 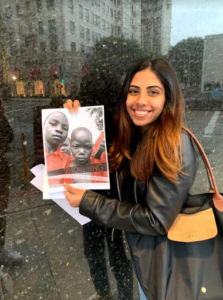 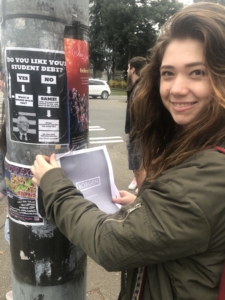 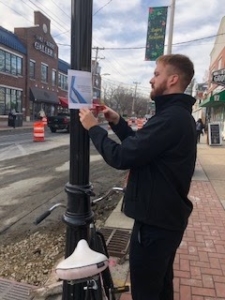 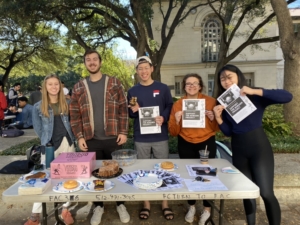 HR Team member Michael Nguyen of Austin,  TX took a one-mile radius around the UT Tower near the center of his campus and posted flyers on the provided billboards. Michael also created a swarm with his friends. 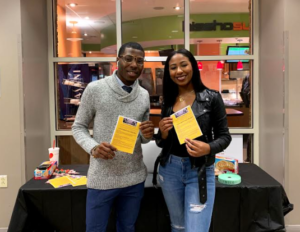 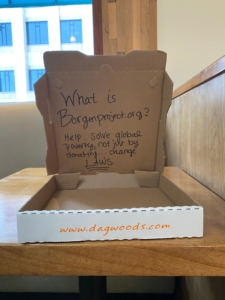 Political Affairs Team member Louisa Whitaker wrote in pizza boxes for the delivery drivers she works with to take to customer’s houses. 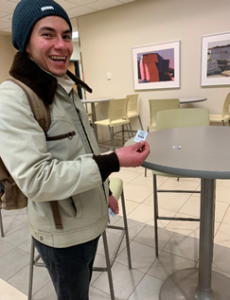 HR Team member Juan Gonzalez of Rexburg, ID printed out QR codes and placed them around campus. The QR code led to The Borgen Project website. 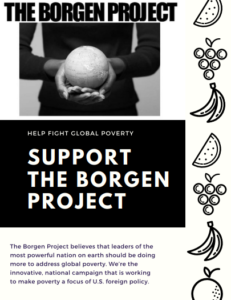 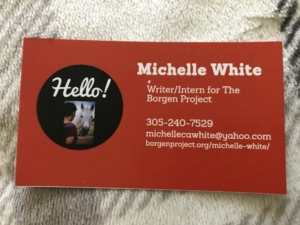 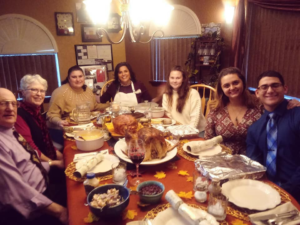 Over the holiday season, Political Affairs Team member Mahzarin Mistry held a “Thanksgiving Throwdown” fundraiser with family and friends: “The premise of the fundraiser was to dish out the same amount of food on everyone’s plate. The last person to finish, or not finish at all, had to donate to my online fundraising campaign. Most people tried to finish, but to no avail.”